How to Not Flood Your Basement: A Guide to Your Sump Pump System

One of the most vital pieces of equipment in most homes is the sump pump.  A sump pump will keep your basement dry during heavy rains, but how does it work and what should you know as a homeowner?

Why do I need a sump pump?

Well, you might not need one.  In Chicago where we do a lot of inspections, most basements don’t have a sump pump.  The reason for this is that most Chicago homes have shallow basements or in other terms basements not far below grade (a lot of elevated first floors).  It is more of a red flag to me if a house in the city has a sump pump because that could be a sign of a larger drainage issue they are trying to fix. Most of the time deeper basements (full basements) are the ones that need a sump pump and the reason for this is the water table.

The definition of a water table in the Encyclopedia Britannica is, “the upper level of an underground surface in which the soil or rocks are permanently saturated with water.”  In layman’s terms, there is always a pool of water underneath the soil you see, the water table is considered the top of that pool (See Figure 1 below for an illustration). The water table elevation does fluctuate with rain and periods of dryness, but there is a relative stable average for your geographic region. 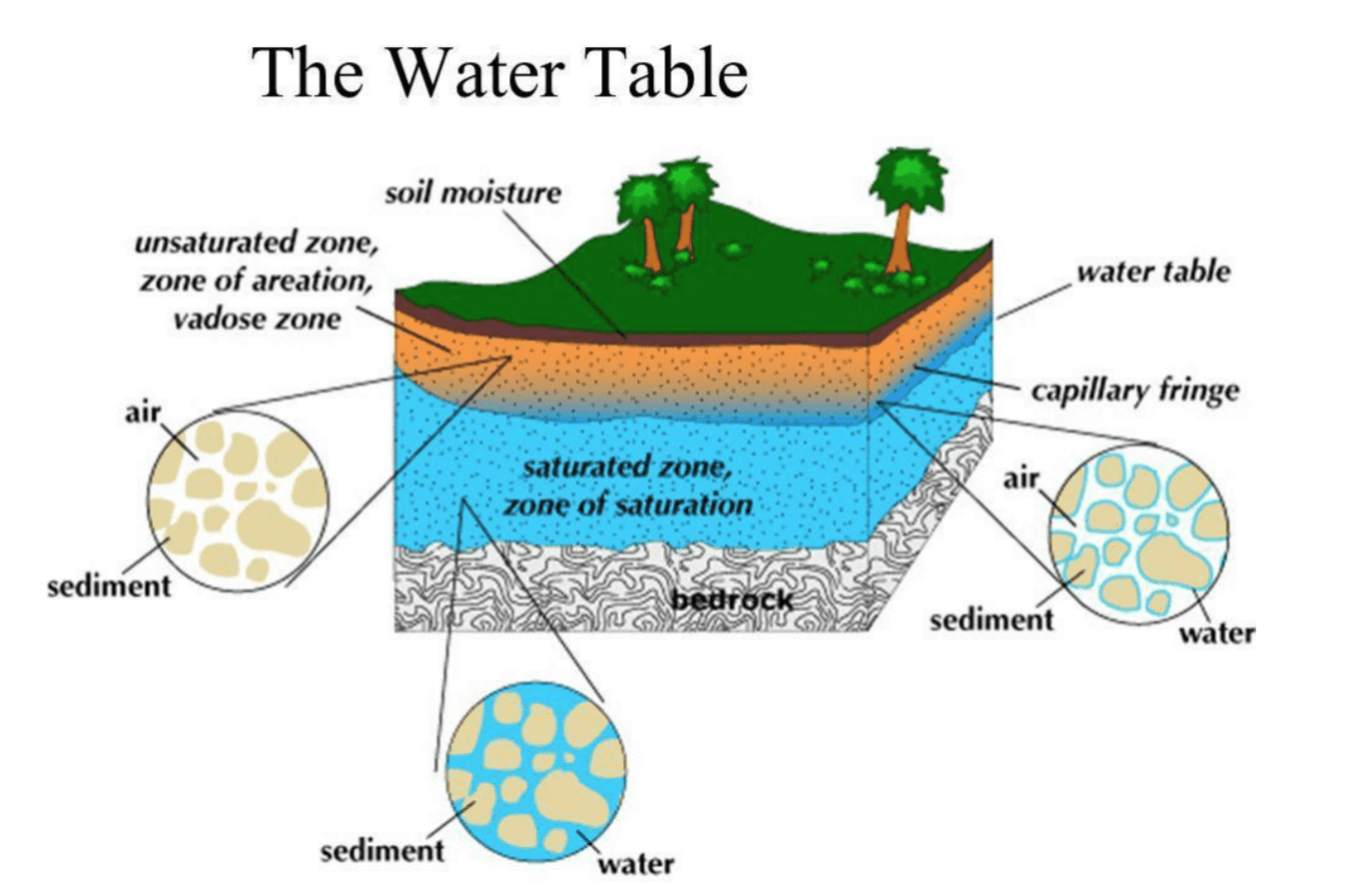 If your basement is deep and the water table in your region is close to or above that depth, you will need a sump pump to discharge water away from your foundation.  The reason for this is as the water table rises during a rain fall it will pull under your basement slab and around your foundation. Water will then begin to seep through or at the very least, pool in those areas and deteriorate the slab and walls until it can penetrate.  A sump pump will get the water away from the house and keep your basement dry.

What are the components of a sump pump?

The basic parts of the sump pump system are the sump pit, discharge lines, the pump itself, and the float valve or switch. 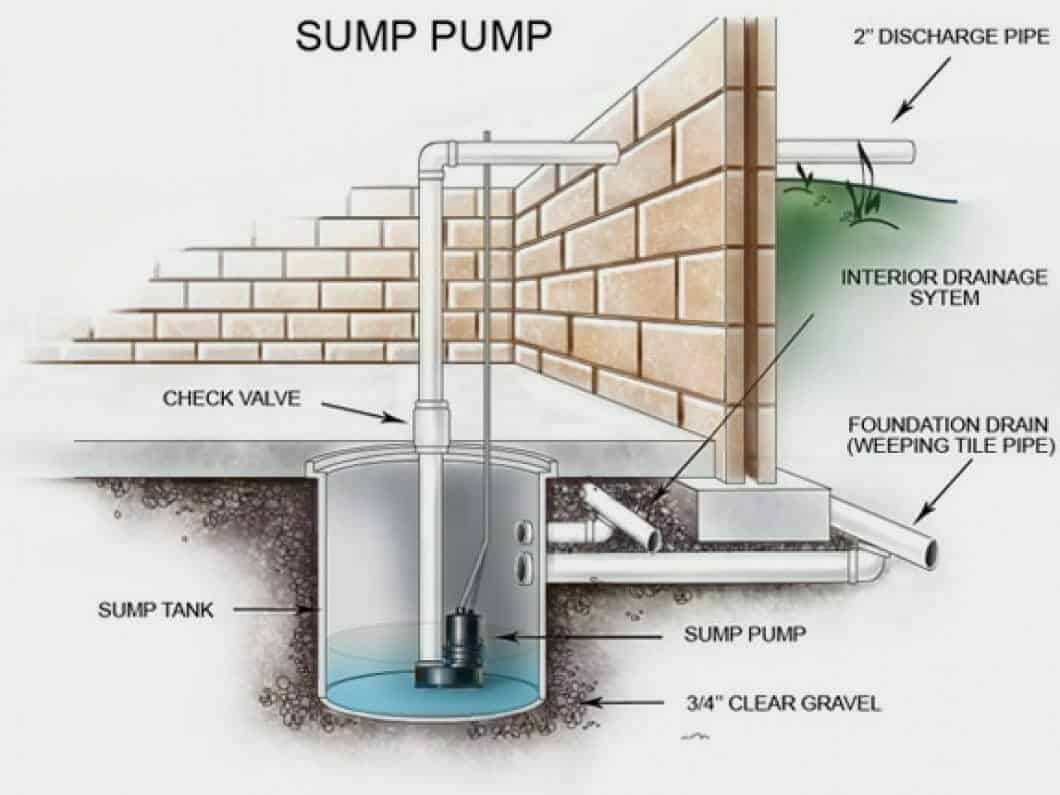 The sump pit should be at least 18” wide and 24” deep in most jurisdictions.  It should be designed to collect excess groundwater using only gravity and should support the pump properly.  The pit should also have a removable cover to ensure no one accidentally steps into the pit.

The sump discharge lines (piping that removes the pumped water from the pit) are required to be rated for the pump discharge pressure.  In most residential applications, PVC is acceptable and used almost universally. It is recommended that the line be installed with permanent joints. I have seen rubber unions that clamp on the pipe ends and are removable, but they have come loose during tests and this can cause the water to spray all over your basement.  A check valve should also be installed in the discharge piping to prevent backflow.

The pump itself needs to be rated for the capacity (required flow) and pressure (to eject the water to a proper height) of the application.  You should talk to a professional about this to make sure the right pump is selected otherwise your pump may cycle and be overused which can lead to it breaking earlier than expected.

The last component is the float valve or potentially a different sensor that actuates the pump.  These valves or sensors will detect the water height in the pit and turn on the pump when it gets to a certain height.  They will also switch off the pump when the proper amount of water has been drained. A standard float works almost like a toilet float valve.  A ball (or other device) that floats on top of the water is attached to a lever and as the water rises it actuates the pump by triggering the lever.

You May Also Like: Poor Ventilation in Your Utility Room? This Could Spell Danger…

Most Common Issues with Sump Pumps

Now that we understand a little more about the sump pump system, let’s go over some common mistakes homeowners make with their sump pumps or common issues that may arise.

You May Also Like: Furnace Not Starting? Here Are Simple Reasons Why

I hope this article provides some clearer insights into sump pumps and how to fix the most common issues to ensure your basement stays dry.  As always, feel free to reach out with questions by emailing us at info@homeinspectiongeeks.com.

Keeping Your Gutter System in Order Can Save You Big Money Is Your Deck or Porch Safely Installed?
Scroll to top